No Product in the cart

Colonel David Dobie, a veteran of World War 2, founded D.T Dobie in 1949 & it was legally incorporated as a company in 1958. From humble beginnings, the company started out with the Mercedes-Benz franchise for East Africa which included both passenger and heavy commercial vehicles.

Subsequently in 1964 the organization was awarded the sole franchise distributorship of Nissan passenger and light commercial vehicles in Kenya.

The company was in the year 2000 acquired by CFAO, a French company that was then a wholly owned subsidiary of the Pinault Printemps-Redoute (PPR) group. In 2012 Toyota Tsusho Corporation (TTC) became the majority shareholder of CFAO after acquiring 97.81 %.

In 2014 we were appointed the franchise dealers for Volkswagen passenger and light commercial vehicles.

Our organization enjoys unmatched after sales service facilities and has an unrivalled service network consisting of branches in Mombasa, Nakuru and Kisumu with dealers and service centers countrywide.

Mission
Create exceptional value for stakeholders through staff working as one team.

Vision
To be the partner of choice for best in class mobility solutions through motivated people. 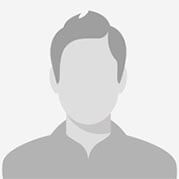